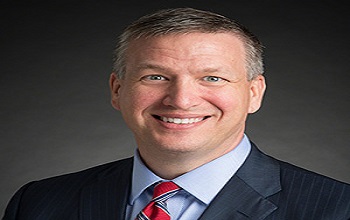 One year after its release, the cloud has been accessed by more than 800 researchers in 13 countries. To get a better understanding into some of the factors involved in creating this successful venture, HealthLeaders spoke with St. Jude Senior Vice President and Chief Information Officer Keith Perry. He addressed some of the strategic concepts that were considered, as well as how the changing needs of the industry have impacted his role as CIO.

St. Jude's mission is to advance treatment for children. "We're not trying to solve all problems, says Perry, "but a very powerful question that we asked when we were going down the path [of creating] the St. Jude Cloud was, 'If we don't do this, then who's going to do it?' We felt like the responsibility stopped with us, and that was our challenge."

As a research hospital, a high percentage of the organization's patients are enrolled in clinical trials, producing a huge "onslaught of data," says Perry. "We firmly believe that we're not the only ones that need access to the data that we're producing."

The objective then becomes making data sharing a priority within appropriate guidelines and mandates to ensure it remains secure."Information security has changed all of our lives; it's is all about threats and managing risks," says the veteran CIO.  "I think I will retire with my number one threat [still being] information security. It's the one thing that keeps me up at night."

As health systems like Perry's "embrace the cloud and the need to have data outside of the four walls of our data center or outside the four walls of our campus, the need for us to have security controls and monitoring in place for the evolution of threats that are coming at us is a huge factor in how we think about these programs," he says.

While Perry acknowledges that his job is to manage risk, understanding that role within the context of institutional strategy is essential, the CIO says. "Being able to sit at the leadership level and have conversations around where we're trying to go—whether that be global or whether that would be an expansion here on campus"—helps him find the balance he needs to perform successfully.

2. Understand The needs of your constituents

The pediatric research community is fairly small, says Perry, "and we're all racing to discover new knowledge." Not only is a large quantity of data being produced, but researchers also are creating tools to visualize the data in unique ways. Once something is published, others want access to the data and tools for their own projects. Sharing hundreds of gigabytes of data on a particular patient or cohort can take six to nine months to simply download and quality check, he explains.

"Our researchers were spending a lot of time on these technical challenges and not a lot of time on the aim of what they were trying to solve," says Perry. One researcher spent six months downloading data to answer a question that only took a weekend to resolve once she had the information.

That conundrum led his team to build the St. Jude Cloud platform.

"We wanted a way to free up their time to focus more on the research and advancing those tools as opposed to supporting them," says Perry. The objective was to create a resource that enabled two-way sharing—not only to allow outsiders to access St. Jude's data and tools, but to allow outsiders to share similar elements within the same cloud.

3. Seek Partners to Support you Initiative

Perry likens his role these days to that of a broker, a skill that has become more necessary in today's world. He not only needs to ensure that underlying infrastructure runs smoothly for the organization, but also help drive change. One way to do that is to be aware of and build connections with outside resources.

In the case of building the cloud, he turned to DNAnexus and Microsoft.

"We truly view them as partners," he says. This relationship is [not] all about money changing hands because at the end of the day, what we've said we want is to drive discovery. We're not trying to commercialize this, we [don't want to be] the only ones that have access to this data. We truly want the industry to drive new knowledge through research. Microsoft and DNAnexus have bought into that [concept] as well."

4. Test and build on Success

St. Jude Cloud was tested internally for a year before it was publicly released.

We don't attach our name to anything that is wishful thinking," says Perry, "so we first worked out the kinks with our internal research community."

Through collaborations and without a big marketing push, more than 800 users have accessed the cloud in the year since it launched. "The pediatric research community is not as big as what you'd find on the adult side, but are very impressed with those numbers," says Perry.

In addition to sharing data, the platform enables researchers to explore St. Jude data or their own results using interactive visualizations powered by ProteinPaint, the genomic visualization engine developed at St. Jude. ProteinPaint enables users to rapidly navigate through the genome and identify genetic changes linked to cancer development. St. Jude Cloud tools also produce custom visualizations of the user’s own research data for exploration or comparison with St. Jude-generated data. These tools include validated data analysis pipelines and interactive visualization tools to make it easier to make discoveries from large datasets.

"Everybody is racing to find use cases for cloud technology, so I don't think that we're unique in that way," says Perry. "I think the uniqueness of the St. Jude Cloud program is the quality of data that we're releasing, the tools associated with that, and our commitment to continuing to add data as quickly as possible. We're not the only ones doing this, but we feel like we're the best in terms of providing high-quality, very rich [pediatric] genomic data."

Articulate University IT Spend by Portfolio to Add...

Hot and Cold: What's the way forward for digital c...

The Impact of a Well-Defined Business Goal on Chur...

When the stars align: Blockchain will be taking hi...

AI Taking over the Education Industry