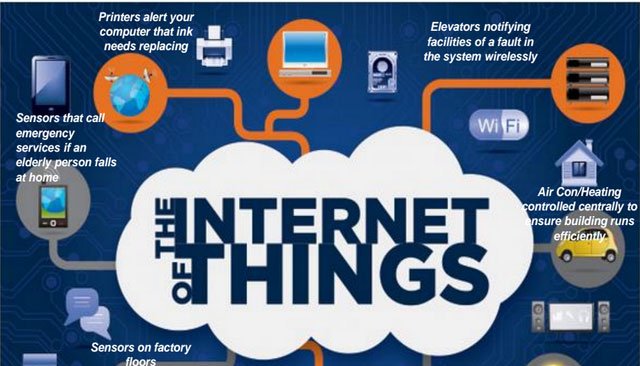 Smart appliances that communicate with each other and share information using the internet are already available. Indeed, the Internet of things has featured on lists of game-changing technologies for years, and is arguably one of the most hyped tech innovations around. Experts believe the next big wave of technology lies within the Internet of Things, which refers to things that connect to the Internet like TVs, refrigerators, garage doors and even cars that collect data about the way we live. And more and more companies are investing big on taking this data and packaging in ways that are meaningful to businesses and ultimately, the average person. This includes everything from smart thermostats and garage doors to toothbrushes, tennis racquets and even your bed. They collect data about how you use them, learn your habits, typically connect to an app and give you feedback to improve your lifestyle (or your racquet swing, for example). With sensors getting cheaper by the day, more and more physical objects are becoming part of a network of things changing the way we live and work.

Why now? Enablers of the IoT

A number of significant technology changes have come together to enable the rise of the IoT. These include the following.

Big Data and predictive analytics: The net result of millions of machines communicating with each other – sensors constantly sending data, people being connected all the time – will inevitably be an explosion in data. Storing, analyzing and making use of this data is key.

Smartphones: Smartphones are now becoming the personal gateway to the IoT, serving as a remote control or hub for the connected home, connected car, or the health and fitness devices consum ers are increasingly starting to wear.

Ubiquitous wireless coverage: With Wi-Fi coverage now ubiquitous, wireless connectivity is available for free or at a very low cost, given Wi-Fi utilizes unlicensed spectrum and thus does not require monthly access fees to a carrier.

Machine to machine: The machines can even “reach out” proactively to consumers and suppliers. In the future, the work piece carries the information of “what it wants to be at the end” and the machines simultaneously process and route the work piece based on capabilities and availability.

Sensing Things: (such as botanicals which is technology that reacts to moisture, smart textiles and smart pavement)

Cheap sensors: Sensor prices have dropped to an average 50 cents from $1.20 in the past 10 years.

Cheap bandwidth: The cost of bandwidth has also declined precipitously, by a factor of nearly 45X over the past 10 years.

Cheap processing: Similarly, processing costs have declined by nearly 70X over the past 10 years, enabling more devices to be not just connected, but smart enough to know what to do with all the new data they are generating or receiving.

Mobile Computing:The bandwidth is constantly increasing, allowing us to access or transmit information at increasing rates of speed. Also important: mobile components have become affordable for everybody.

Just as with CommTech, connectivity will drive the use of semiconductors to manage the communications, driven by Wi-Fi, Bluetooth, ZigBee, NFC, and other IoT standards.

Cheap brains: More devices will use microcontrollers or low-cost microprocessors given their lower price points and power requirements relative to traditional semiconductor architecture.

‘‘The Internet of Things,” has  everyday devices equipped with sensors and connectivity to work together, understand what we’re doing, and operate automatically to make our lives easier. And, of course, we’ll be able to control and configure it all, likely with our tablets and smartphones, or by speaking. After all, Siri and Google Now have taken voice recognition mainstream. Smart devices use Internet technologies like Wi-Fi to communicate with each other, your laptop, and sometimes directly with the cloud. Some also talk to a central hub that serves as control point for many different devices, like the Revolv.

Ideally, owners can use that central access point from their smartphones and tablets, either at home or when they’re out and about. In the past, some of these devices were wired together into more complex systems. But it wasn’t until they were provided with some intelligence, connected to the Internet, and empowered by a new wave of technological accessibility—through cloud computing, smartphones, and the prototyping capabilities of digital fabrication—that the IoT came into being As new and challenging as today’s IoT is, it offers a large and wide-open playing field. The companies that gain the right to win in this sphere will be those that understand just how disruptive the IoT will be, and that create a value proposition to take advantage of the opportunities.

Determining When and Where Prognostics and Health ...

Neustar Helps State of Alaska Save Millions of Dol...

The automotive scalability wall: transitioning to ...

The Holy Grail of Cyber Prevention