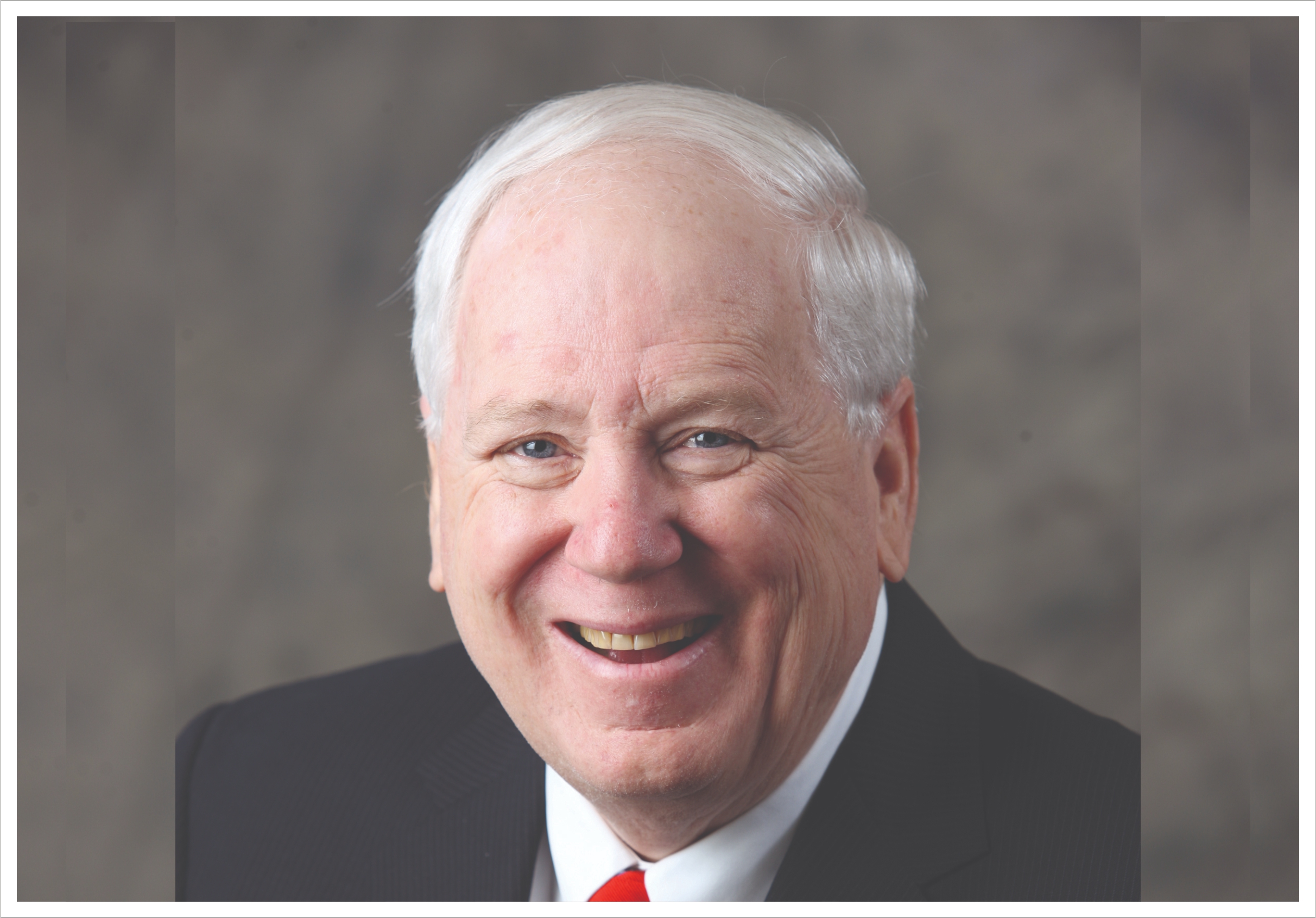 Dr. Kenneth M. Quinn, former U.S. Ambassador to the Kingdom of Cambodia, assumed the leadership of the World Food Prize Foundation on January 1, 2000, following his retirement from the State Department after a 32-year career in the Foreign Service.

Inspired by the vision of Dr. Norman E. Borlaug, the founder of the World Food Prize, Ambassador Quinn has endeavored to build this annual $250,000 award into “the Nobel Prize for Food and Agriculture.” Held each October in Des Moines on or around World Food Day (October 16), the World Food Prize Laureate Award Ceremony, Borlaug Dialogue international symposium and Global Youth Institute have grown in size and stature under his direction.

With the support of the John Ruan family, Dr. Quinn has led the campaign which successfully raised $29.8 million to restore the historic Des Moines Public Library and transform it into the World Food Prize Dr. Norman E. Borlaug Hall of Laureates. He provided the personal leadership to have the building designed to achieve LEED Platinum certification, the highest possible level of energy efficiency and resource conservation.

More recently, he served as Chairman of the Dr. Norman E. Borlaug Statue Committee, leading the campaign that unveiled the statue of Dr. Borlaug on March 25, 2014. In addition, on May 30, 2014, Dr. Quinn was presented with the prestigious Iowa Award by the Governor of Iowa, Terry Branstad. The Iowa Award represents the state’s highest citizen award and is presented only once every few years.  Recipients of the Iowa Award have included remarkable Iowans like President Herbert Hoover, Vice President Henry A. Wallace, Dr. Norman Borlaug, Mr. John Ruan Sr., and Professor George Washington Carver.

During his diplomatic career, Ken Quinn served: as a Rural Development advisor in the Mekong Delta; on the National Security Council staff at the White House; as Narcotics Counselor at the U.S. mission to the United Nations in Vienna; and for four years as Chairman of the U.S. Inter-agency Task Force on POW/MIAs. In 1979, while on the staff of Governor Robert Ray, he was the Director of Iowa SHARES, the humanitarian campaign that sent Iowa doctors, nurses, medical supplies and food to starving Cambodian refugees.

Dr. Quinn emerged from these experiences as one of the U.S. government's foremost experts on Indochina. He wrote his doctoral dissertation on the origins of the radical Pol Pot regime and is widely acknowledged as the first person anywhere to report, in 1974, on the genocidal policies of the Khmer Rouge. Twenty years later, while serving as Deputy Assistant Secretary of State, his plan of agricultural enhancements and rural roads led to the final eradication of the Khmer Rouge.

A fluent speaker of Vietnamese during his diplomatic career, Dr. Quinn acted as interpreter for President Gerald Ford at the White House and personally negotiated the first ever entry by U.S. personnel into a Vietnamese prison to search for U.S. POW/MIAs. He was also a member of the first U.S. team to gain entry to a former Soviet prison in Russia.

Ambassador Quinn rose to become one of the most decorated Foreign Service officers of his generation, recognized for the important role he played in humanitarian endeavors, as well as for his actions in dangerous and violent situations. His honors include:

•    The Secretary of State’s Award for Heroism and Valor for his efforts to protect American citizens exposed to danger in Cambodia, as well as the four lifesaving rescues in which he participated in Vietnam;
•    Being the only civilian to ever receive the U.S. Army Air Medal for his participation in helicopter combat operations in Vietnam;
•    Being the only Foreign Service officer ever to have three times received the American Foreign Service Association Rivkin and Herter Awards for intellectual courage in challenging policy.

Ambassador Quinn, a graduate of Loras College in Dubuque, Iowa, has a M.A. in Political Science from Marquette University and a Ph.D. in International Relations from the University of Maryland. He and his wife Le Son have three adult children.