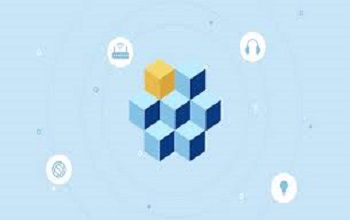 There is a very important reason that blockchain in IoT is needed so urgently.

IoT(The Internet of Things) has not just changed the way we interact with important devices but has also enhanced the potential of these devices. This is because IoT technology helps collect significant data that is then used to enhance user experience.  Since the generation and analysis of data are critical to making IoT successful, it’s important for this data to remain secure. Not just when it’s being collected but through the entire data life cycle.
According to a survey by IDC, 90% of organizations that implemented the IoT have suffered an IoT-based attack on their IT systems by 2017.
This makes it important to find the right security solutions for IoT. The solution should be truly tamper-proof and be able to protect critical IoT data throughout its life cycle. Blockchain and IoT together can help make IoT more effective.

In order to break down IoT to its most basic level, let’s start with the simple example of the smartphone. Your smartphone is probably the one device you lean on today for so many of your needs- from listening to music and watching movies to checking your email, planning your travel and interacting with friends.

A few years ago, the cell phone did not have the amazing capabilities it has today. You could call and text people, but that was all. The many capabilities of the smartphone as it exists today have come about because it is connected to the internet.

That is basically the underlying principle of IoT, that many objects can be made “smarter” by connecting them to the internet. In IoT, things that are connected to the internet can be classified into three categories.

(i) Things that collect information & send it

(ii) Things that receive information & act on it

These include a number of devices from smart wearables to smart TVs and 3D printers.

(iii) Things that do both

For instance, an IoT-based farming system can have a sensor which collects information about soil moisture to decipher how much water the crops need. This then tells the irrigation system how much water to spray on the soil.
Since the very efficacy of IoT depends on the information in the system, protecting that information through its entire lifecycle becomes very important. This is where blockchain for IoT comes in.

What is Blockchain Technology?

But why should anyone care about blockchain and how it works? The blockchain is seen by many as a technology that will be transforming the future of the internet in times to come.

If you think about it, every major technology company in the world currently acts as a centralized body when it comes to storing your data, processing payments etc. This is true whether the company is Facebook, Airbnb or Uber.

With the decentralization principle on which blockchain works, there is an enormous scope to make things truly decentralized. This will avoid the situation where all your data is in the hands of a few centralized entities and reduce the risks of hacking, and information theft.

The fact is that blockchain technology enables a system of maintaining data that is decentralized, tamper-proof and trustless. Since the success of IoT depends on its ability to keep its data secure and confidential, the use of blockchain in IoT can transform the IoT industry for the better.
The Challenges in IoT Today

One of the major limitations of IoT, as we know it today, is that it relies on centralized, brokered communication models. This is known in common parlance as the server/client communication model and most traditional technology is based on it.

In other words, all devices in the IoT setup are connected, identified, and authenticated through cloud servers. These servers have immense storage and processing capabilities. The connection between all the devices in an IoT system has to go through the internet, even when the devices are physically located close to each other.

Unfortunately, centralized clouds, large server farms and networking equipment that are used in traditional IoT solutions have a very high infrastructure and maintenance cost. Since IoT systems are currently connected completely through these servers, scalability will become a major problem.

When IoT devices increase in number, the number of communications between devices and the server will increase costs exponentially. As a result, the current system can support small IoT networks but is not sustainable when these systems need to scale up.

Moreover, cloud servers remain a central vulnerability and their failure can affect the entire IoT system. Also, the diversity of ownership between both devices and the cloud servers makes communications challenging. There is still no one platform that connects all devices. Moreover, cloud services offered by different owners may not always be compatible.

Decentralization of IoT Networks as a Solution

Moreover, computation and storage needs will be distributed across millions of IoT devices and no central failure will result in failure of the whole network.
In order to work, a peer-to-peer solution needs to enable peer-to-peer messaging, distributed file sharing, and autonomous device coordination.
However, the major challenge with peer-to-peer networks is security. The peer-to-peer network needs to offer both privacy and security. It also needs to make sure it is tamper-proof and that there is no room for theft or spoofing.

This is where the use of blockchain in IoT can help the IoT industry scale up in a sustainable way. In fact, blockchain and IoT together can tackle some of IoT’s biggest challenges.

How can the use of Blockchain in IoT help?

Blockchain technology can be the key to the peer-to-peer network that the IoT industry needs so badly. Since the blockchain ledger is both decentralized and tamper-proof, it can be exactly what IoT needs. Here is how.

The decentralization of the blockchain ledger ensures that computation and storage are spread across millions of devices and not on one central server. As a result, the situation where server failure results in a breakdown of the entire IoT network will no longer exist.

Blockchain for IoT can also be used to track billions of connected devices. There can be coordination and processing involving a number of different devices without having to go through the traditional client/server route for each communication. This will significantly reduce the costs of installing and maintaining servers for an IoT network. Due to these significant cost savings, massive scalability of IoT networks can now be a sustainable option.

Blockchain technology uses cryptographic algorithms. This will ensure that consumer data on the IoT network is secure and confidential. The blockchain ledger is tamper-proof and is therefore not vulnerable to cyber attacks in the same way as traditional IoT networks. The use of blockchain in IoT also ensures that man-in-the-middle attacks can’t take place because there is no single thread of communication which can be intercepted.

There will be no need for a centralized authority as the use of blockchain in IoT will keep a tamper-proof record of the history of all smart devices.
The use of blockchain in IoT can enable secure, trustless messaging between different devices in the IoT network. This will enable scenarios that were hitherto impossible using traditional IoT networks. For instances, smart devices in an oil platform will now be able to exchange data so that they can adjust their working based on weather conditions detected by sensors.

When blockchain and IoT come together, smart devices will be able to exchange data and even undertake financial transactions through a decentralized, trustless blockchain. As a result, there will no longer be any dependence on a centralized authority.

There are many regulatory, financial and engineering constraints that are currently holding the IoT industry back. A peer-to-peer network that offers decentralization is a feasible answer that many believe is key. However, security and reliability of such a network are essential to its success.

Luckily, the use of blockchain in IoT can help achieve lower costs, along with decentralization and security. While the combination of blockchain and IoT is still in the early stages, it holds a lot of promise for the IoT industry as a whole.

This was all about Blockchain in IoT. If you are also inspired by the opportunity of  Data Science, enroll in our Data Science Master Course.

TachTech: Your Trusted IT Security Partner

Microsoft, AWS, and IBM Cloud Strategies and Their...