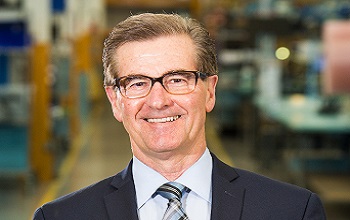 The world is increasingly reliant on connected devices and smart accessories. This near-ubiquitous technological evolution is having a tremendous impact on the smart building and home industry, as it advances the building automation space. Many businesses are entering the arena of automation and Internet of Things (IoT) solutions, due in part the lower cost and effort to instrument buildings with sensors, as well as the benefit of powerful cloud-based data analytics.

Today, the majority of buildings are very inefficient and are using 15 to 30 percent more energy than they should be. In this scenario, smart buildings are the low hanging fruit of IoT,” begins Richard Newberry, KMC Controls CEO. Named the 2017 Control Trends Executive of the Year for Large Manufacturers, Newberry not only serves on the Intel North American Board of Advisors and the Channel Company’s IoT Board of Advisors, he also enjoys more than 30 years of executive and general management experience in energy, oil and gas, technology manufacturing, and building automation segments. “The key ingredient in the successful implementation of IoT for a smart building is simplicity — eliminating over-analysis of data and starting with a simple opportunity backed by a well-thought execution plan.

As cities continue to become more complex and densely populated, taking control of the spaces we inhabit — and making them more intelligent — is critical to conserving energy and resources, elevating living and working standards, and saving money. When it comes to exploring the reality of smart buildings, the reluctance to change, the risk of the unknown, and the lack of technical expertise in implementing IoT are barriers to unlocking new opportunities to drive real value and higher performance.

The IoT is not a specific device or technology, it is an intangible framework created by embedding intelligence into physical devices that can be connected to the internet – either directly or via an IP-addressable device. Keep in mind, a smart building is not just a system, it is a system of systems.

A true IoT solution provides a single view and control of the building and all of its sub-systems – many of which could be smart themselves – all sharing data and using analytics to assist building owners make informed decisions. This holistic approach to building management helps decision makers understand the impact or their choices across a broad range of devices.

As with all systems, decision makers want to see a return on investment, as such adoption of IoT based solutions is dependent on proving its value. However, there are a myriad of stakeholders involved in many commercial buildings and, as such, some IoT solutions, which are seen as valuable to some, are not seen as crucial to others.

The countless range of standards and technologies used to connect devices are a consistent issue, which affects nearly all IoT applications and devices. This can be a major hurtle when trying to make an IoT device interoperable. After all, one of the key features of the IoT is its ability to exchange information.

Finally, one of the greatest barriers the IoT is currently facing is the lack of a common standard used to connect devices.

IoT will only be successful when vendors use and provide open solutions,” Newberry said, adding, “KMC has always been committed to providing open solutions.

This is precisely what KMC Controls intends to solve. KMC Controls is a leading manufacturer of open, secure, and scalable IoT products and building automation solutions. These smart systems make the buildings more efficient, while increasing occupant comfort and indoor air quality.

KMC Controls has always been driven by a spirit of innovation, coupled with market awareness and customer service,” said Newberry. “This led to expansion of the KMC product line over the years, from the addition of digital controls in the 1980s and configuration software in the 1990s to KMC Commander today.

KMC’s IoT and Automation Platform, KMC CommanderTM is used to unite building systems across networks, protocols, and locations. KMC’s expert IoT developers have made KMC Commander an affordable option for simple installations that one can effortlessly scale to meet growing demands. KMC partnered with Dell and Intel to develop KMC Commander, which helped in shaping advanced features for the cloud-based platform.

Currently, KMC Controls is focused on partnering with various analytics software companies to open up the data from KMC Commander through an open API. These partnerships promise to increase the efficiency of buildings, reduce energy usage, make buildings more comfortable for occupants, and create more space to increase the value of real estate. Moving ahead, KMC Controls will expand its legacy to South America and Europe in 2020 and revolutionize IoT in real estate sectors in the years to come.

5 Reasons Why Cloud-Based Disaster Recovery is a S...

Why manufacturing is one of the most attractive in...