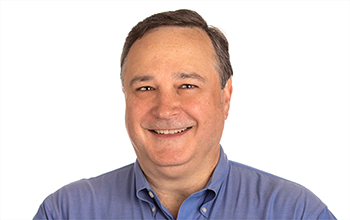 Freer Logic's story starts in the mid-1980s when its founder, Peter Freer, set on a mission to find a solution to his students’ problems. These students, suffering from attention deficit hyperactivity disorder (ADHD), got easily distracted and were finding it difficult to concentrate.

Peter developed a technology that combined neuroscience with computer programming. It was designed to understand brain activity and help users improve their behavior by eliminating distracting habits and improving executive function.

Today, the advancement of this technology can empower a car to read the minds of its driver! It can determine when a driver is distracted or drowsy, all while not touching its subject. This technology, in the future, can pave the way to bring down the number of deaths from texting while driving and falling asleep at the wheel.

There is more to the story.

Peter Freer: A Teacher Turned Neurotechnology Pioneer And Innovator
Peter Freer is the Founder and CEO of Freer Logic. A former teacher by profession, with 14 years of experience, he came across many ADHD students during his career. This inspired him to embark on a mission to find a solution that could train young minds to focus.

He had a great deal of interest in neuroscience, computing, science, and math. In 1994, inspired by NASA’s use of neurotech to train astronauts, Peter integrated cognitive skill training and behavior shaping to produce the first neurocognitive training system, dubbed Play Attention, for ADHD children and adults.

Later in 2005, the realization that consumers perceive head-based neuro-wearables as invasive led him to develop BodyWave®, an armband that reads neuro signals.

Peter envisioned the use of neurotechnology by the automotive and consumer industries back in the late 1980s. His contributions to the field of neuroscience and its practical application in the field of education and human performance have garnered him 7 patents.

Freer Logic: A Leader in the Field of Neuro-sensing
Freer Logic was incorporated in 2005, and is headquartered in Fletcher, North Carolina, in the USA. Freer Logic is primarily a B2B provider of neurotechnology for monitoring and training. The company has over 30 years of work and development experience in using neurotechnology having culminated in two significant advancements.

Freer Logic’s first advancement is an award-winning Neurobiomonitor (NBM) headrest that provides real-time brain data without contacting the vehicle’s driver. Its current range is from 6 to 10 inches from the head. It is in development via automotive original equipment manufacturers (OEM) and Tier 1 suppliers to determine fatigue, drowsiness, cognitive load, distraction, emotion, stress, and relaxation.

Freer Logic's Technology Is Better Than Camera-based Technology and Is Non-invasive
Freer Logic’s neurotech beat the infra-red camera-based fatigue/drowsiness detection technology, considered as the gold standard in the industry, by about 5 minutes in four tests performed by OEM and Tier1.

Peter Freer, Founder and CEO, Freer Logic, says: "Neurotech can see brain changes in real-time as opposed to camera technology that attempts to interpret drowsiness from physical factors that originated in the brain far earlier.”

Free Logic's contactless neurobiomonitor headrest can read the brain activity of a passenger from up to 10 inches away without losing system functionality.

"Competitors in the field of neurotechnology use headsets that have been rejected by the public as invasive and obtrusive. One cannot see Freer Logic’s neurotech. It’s not invasive. It passively monitors the driver and responds when needed," notes Peter.

Innovation and Vision Keeps Freer Logic Ahead of Competition
An abundance of innovation is what keeps Freer Logic ahead. Free Logic's technology has proven more effective and is far less expensive than current methods.

"Providing real-time safety features, stress detection, emotion detection, and infotainment control all from one technology – neurotechnology – is our approach to providing relevant solutions. The fact that one technology can provide multiple solutions to a variety of market pain points from safety to mindfulness training makes Freer Logic’s solutions highly competitive and easily adoptable," adds Peter.

In 2020, Freer Logic will introduce a wristband wearable with the same capability as the armband. It can be embedded in smartwatches and fitness trackers (think Fitbit that can also read your mind). For the automotive sector, Freer has developed a no-contact neurobiomonitor antenna and electronics that can fit in a vehicle headrest. It can provide safety features (think drowsiness and cognitive load detection) and provide infotainment control.

"Automakers are starting to visualize the car as an extension of our private space. It will be a place where we can actually be invigorated, safe, and relaxed. The car will be as safe and comfortable as sitting in one’s living room. It will be fully connected to the Internet of Things (IoT) to accommodate human needs. These features will carry over to fully autonomous driving vehicles. This vision presents the need for many innovative solutions the crux of which will fall on sensor fusion," opines Peter.

Neurotech, Combined With AI, Will Be the Future
Currently, artificial intelligence (AI) technology is unable to accurately determine and assess human emotion. Other states such as cognitive load, distraction, drowsiness, road rage, etc. begin in the brain as well.  Freer Logic's capability to read brain activity in real-time will improve this function for AI. This presents a plethora of opportunities for many years to come. By far, Freer Logic's technology is proven more effective and is far less expensive than current methods.

OEMs are trying to envision the autonomous auto future. That future is hardly written in stone; it’s very labile. Safety and wellness will be the primary areas of focus during the waning years of manual driving. Freer Logic has trademarked ‘conscious car’ for this purpose.

"We foresee neurotech in every vehicle for a variety of purposes. We envision neurotech combined with AI (think JARVIS in Iron Man) to help tend to a passenger’s every need. Neurotech will assist in recognizing and responding to human emotions, stress levels, and even promote mindfulness and relaxation," says Freer.

The Growing Challenge of Data Democratization

Why Technology Should Take a Backseat for Data Pro...

What Is The Greatest Challenge Human Beings Have E...