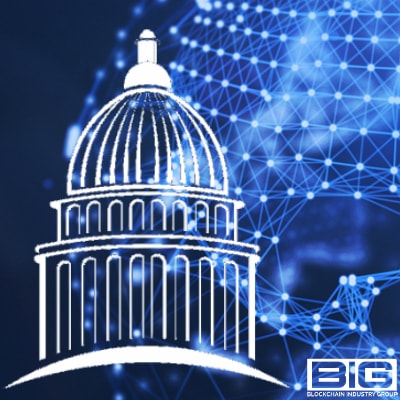 Governments from around the globe are realizing the huge benefits that can be attained through the integration of blockchain-based systems. Blockchain technology is far more efficient than current systems in place and governments from all over the world are looking to this revolutionary technology to help them reduce costs, increase security, and bolster efficiency.

Let's face it. Our governments are in need of more transparency. Every year more and more reports surface of governmental spending abuse. Corruption is a very real concern among voters today and by instituting a more transparent means of conducting business, governments can assure their voters that they are functioning to the best of their abilities and with earnest intentions. Let's take a moment to examine some ways in which blockchain technology is reshaping our governments.

Infrastructure projects have always been a huge area of concern for both citizens and government officials. In the past, there have seen numerous occasions where governments have stolen millions from their taxpayers through shady infrastructure projects.  Blockchain technology could help eliminate these concerns by allowing citizens to monitor the expenses put forth towards these large projects.

Blockchain-technology could also help the government decide what projects to invest in. Russia is pioneering this approach with their Active Citizen platform. Active Citizen is a blockchain-based voting utility that allows normal Russians to give their input on non-political decisions such as what projects are most important. It can even be used on a smaller scale such as deciding what to name a new bus or stadium. To date, the project has seen huge success and Russian officials have announced that they plan to expand the platform in the near future.

Voting is one of the most important parts of the democratic process. In the past, there have been several instances where the validity of the voting results has come into question. In its current state, votes are hand counted and then tallied up. This is a slow and cumbersome process that can be easily manipulated.

A blockchain-based voting system would eliminate these concerns and allow for instant consensus. No more waiting to see who wins. You could see the victory occur in real-time and with full transparency when using blockchain technologies. Blockchain-based voting systems are already in use amongst the major cryptocurrencies. BTC changes must be voted on by the mining community prior to their application. This same technology could transform the democratic process in the near future.

Governments are also looking towards blockchain technology to help alleviate public record concerns. The UK houses one of the oldest archives in the world. Recently, they have announced a blockchain integration to help streamline their record keeping and retrieval process. The announcement came on June 6, 2018.

Blockchain technology makes it possible to verify the true authenticity of a document. In the past, you would send a copy of the information required. Now, thanks to blockchain technology, you can send true value over the internet. This means you could send the actual document via a blockchain-verification platform. Technologies such as this are already seeing wide-scale adoption in the automotive industry; where titles and vehicle history is paramount.

It’s no surprise that governments are embracing blockchain technology. The added efficiency and security blockchain provides is too great to ignore. The private sector is helping to showcase the true capabilities of this technology and now, for the first time in history, there is a real opportunity to create a fully transparent government. Hopefully, in the future, you will continue to see more government blockchain programs spring up.

The Blockchain Industry Group (BIG) is dedicated to promoting the adoption of blockchain technologies and digital currencies by actively collaborating with and promoting the efforts of our global blockchain community.