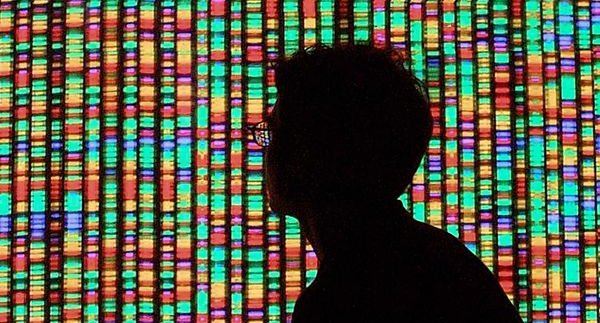 The practice of medicine has always been personal but not so much individualized. This is rapidly changing and one of main reasons is that the human genome is now known (although not yet completely understood). Gregor Mendel, known to be the father of genetics, published his results in 1865. He observed that organisms inherit traits by way of discrete "units of inheritance" or genes. (Source: DNALC)

Fast forward 136 years to the year of 2001. It was in this year that the human genome was first decoded. The project took over a decade to complete, involved over 2000 scientists and cost an estimated $1billion. Now, using current technologies it is possible to sequence an individual’s genome in a few days. (Source: Snyder) In fact, there are now commercial offerings where anyone willing to pay $199 can provide a swab of saliva and get reports pertaining to your ancestry, DNA relatives, possible disease carrier status, wellness and traits. (Source: 23andMe) So what is holding us back?

It is clear, that the power to transform healthcare, resides in our data. It is also true that the Human Genome holds great promise in truly understanding disease and therefore effective treatment. However, if you are like me, you have to wonder how we can scale solutions for our Practice that leverages this type of data in a practical way. Could this data have the potential of enabling truly individualized diagnosis and treatment?

There are approximately 3 billion base pairs of DNA in human cells. It is hard to even imagine tackling this problem with traditional data warehousing and analytics.  While, healthcare can certainly improve value by copying business best practices from other industries (structured data and statistical process improvement), healthcare faces unique challenges, such as the Genome, that are only now possible to solve and it is clear that we must think differently. Or do we? It is the intent of this article to explore this problem, share learning and start the discussion as to how we might lay out a potential strategy to leverage genetics in our Practice Analytics solutions.

What is a genome?

If you are like me, you likely have forgotten everything you ever learned about human biology so a quick refresher is in order. A genome is an organism’s complete set of DNA, including all of its genes. But what exactly does that mean?

The human body is composed of trillions of cells. Each cell has a nucleus which serves as the cell’s command center, sending directions to the cell to grow, mature, divide, and even die. In the nucleus of each cell, the DNA molecule is packaged into thread-like structures called chromosomes. Each chromosome is made up of DNA tightly coiled many times. Humans have 23 pairs of chromosomes, for a total of 46. (Source: Genesinlife)

The information in DNA is stored as a code made up of four chemical bases: adenine (A), guanine (G), cytosine (C), and thymine (T). Human DNA consists of about 3 billion bases, and more than 99 percent of those bases are the same in all people. The order, or sequence, of these bases determines the information available similar to the way in which letters of the alphabet appear in a certain order to form words and sentences. (Source: Genesinlife)

Genes are segments of DNA that affect your development before you're even born and play a role in everything from your appearance to your personality. That 1% of difference (or variants) is what makes each of us individual. Really? That can certainly be debated as “bad” genes are not the only factor that determines whether we get sick. More about that later.

The original genome sequence was determined using technologies that decode short fragments of DNA that were then assembled into longer sequences and then these longer sequences assembled into what is now referred to as the reference genome. This same process is used today albeit with improvements in technology. However, because the process is not perfect it is done 30 times to eliminate errors.

So while the raw data off the sequencer would be much larger, the final, full genome would measure (as per above) roughly 3 billion bases which can be stored in less than 1GB. (Source: Robinson) An alternative approach, which significantly reduces the number of bases to be sequenced, focuses just on the portion of the genome that is responsible for building proteins call the exome. While the exome is just 1% of the genome, it is thought to harbor 85% of the variants known to have an effect on disease. (Source: Snyder) So while it is not insurmountably large, in its raw form, it is the complexity that far surpasses most analytics problems that we might face.

Cancer will strike 40% of us at some time in our life. The ability for our bodies to produce new cells is a highly genetically controlled process and the very reason for cancer. Cancer results when this process does not occur as it should due to a genetic mutation (sometimes naturally and sometimes environmentally). Mutations can cause Cancer in two ways: either in enabling rapid and uncontrolled cell proliferation or eliminating a defense mechanism that prevents proliferation. (Source: Snyder)

While understanding the genome may lead to prevention it is usually the genetic signature of the cancers cells that influence treatment.  Interestingly, that while today we generally classify cancer based on the tissue effected, it is likely the genetic signature that differentiates various forms of cancer. As more treatments are discovered, treatment can be tailored to the specific genetic issue that is associated with the tumor. In contrast, chemotherapy acts on all rapidly dividing cells and for this reason can have significant side effects (as it attacks both healthy and unhealthy cells).  In fact, the healthy cells that are affected by both chemotherapy and radiation can mutate and be cancerous. (Source: Snyder)

So is sequencing and understanding the human genome the silver bullet of individualized healthcare? Unfortunately, it is not as there are far more variables that effect our health. For example, environmental factors have dramatically affected an individual's risk for a particular disease. Factors such as diet, bacteria, viruses, chemical and radiation exposures and stress are just a short list of environmental factors that can affect your health. (Source: Snyder)

Consider this. The human body consists of 10-30 trillion cells. However, there are 5-10 times those numbers of cells that live in and on you (referred to as your microbiome). So that while your genome contains roughly 20,000 genes there is a staggering 10 million or more genes that make up your microbiome. (Source: Snyder)

The Genome is clearly important, but it is obvious to me that it is far from being the "holy grail" that many would lead you to believe. It is with this perspective that we can start thinking practically about our Analytics strategy. To do this we look to a similar example, the clinical lab.

History of the Clinical Laboratory.

At the beginning of the 19th century, physicians depended primarily on patients' accounts of symptoms and basic observation to make diagnoses. By the 1850s, a series of new instruments, such as the stethoscope, began to expand the physician's sensory powers in clinical examination.  Another wave of diagnostic tools--including the microscope and the X-ray, chemical and bacteriological tests, and various machines, reproduced data independent of the physician's as well as the patient's subjective judgment. (Source: Berger). This made it possible to move part of the diagnostic process behind the scenes and away from the patient where several physicians could have simultaneous access to the evidence. This team approach to diagnosis strengthened the medical community’s objective judgment. Equipped with methods for measuring, quantifying, and qualifying, doctors could begin to set standards which could be applied and significantly advance the sciences of healthcare and value for the patient. (Source: Berger)

Advances such as these demonstrate a long history of innovation and application. The Genome is a next generation diagnostic tool and is likely to advance general healthcare and medicine in similar ways.

In the early part of the 20th century, as part of the quality movement, those who ran hospitals began to appreciate the skills that clinical chemists could bring to the hospital laboratory. However, in spite of possible economies of scale, reference labs performed only a small share of tests over the next several decades. (Source: Berger) As technology has advanced, more and more of the esoteric testing has been developed as well as conducted within the reference lab with the results delivered back to the provider.  Today, this is done electronically as labs are a large part of the electronic medical record in today's hospitals.  At least in the short term, within a clinical setting this is likely to be the model for genetic testing as well.

A good example is Pharmacoginetics where genomics have been found to have a direct or indirect impact on drug therapy.  For example, as mentioned earlier, certain drugs can be given when treating cancer based specifically on the genetic signature associated with a tumor. However additionally, genomic information can be used to determine dosing as well as minimizing serious side effects.

This area has been studied extensively, and there are now several hundred identified genes that affect drug responses. In fact, one of the best studied genetically influenced dosing algorithms is associated with warfarin. Genetic testing can now be used to adjust the administration of this drug in a manner which is believed to solve the problem of clotting but while also reducing the risk of excess bleeding.

Several leading healthcare providers have already integrated pharmacogenetics into their practice. When a physician orders a drug that is on the program and alert is generated asking that the patient be genetically tested. The genetic test is ordered similar to any other lab test and once the results are obtained (stored in the EMR) a recommended dosage for the drug in question is generated. (Source: Snyder)

Note: Interestingly, one of the main genetic differences in how drugs are metabolized is a well known phenotype (sex).

I think this quote sums it up quite well. There is certainly a lot of hype that would leave the casual observer to believe the Genome is a "silver bullet" innovation however the harder you look the more you understand that currently it is a really better described as a piece of the puzzle.

Consumer testing sites may want to convince you that they have the answers. However, some of these types of test may have more questions than answers as results may not be completely trustworthy. What a surprise. According to a July report by the Government Accountability Office (GAO), the mail-order spit tests are often inaccurate or misleading. Some results directly contradicted others, the GAO told members of a House of Representatives subcommittee. (Source: Salamen)

It is really too early to confidently provide firm insights into how this technology will advance or how we can leverage this information in our Practice Analytics applications other than that what it is now, important information that sound be leveraged. Variants or Markers can be stored and used to both discover new patterns as well as drive decision making. This first step is important and we should not be sitting on the sidelines. As we eye the future and this science evolves there is sure to be a lot more "hope" as well as “hype”.

One of the fathers of AI is worried about its futu...

It's the Place Where Everyone Knows Your Name