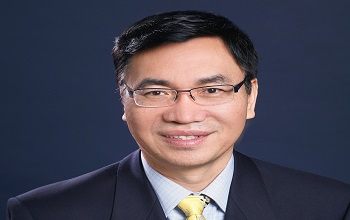 There is a common misconception that the only benefit of 5G wireless networks lies in their much faster speed in transmitting all sorts of data such as a full-length movie, AR/VR games and big files than the current 4G LTE (Long-Term Evolution) networks. In fact, 5G is primarily built for IoT (Internet of Things) use cases, not just for the consumer market alone.

In the last decade, wireless technology companies have successfully connected 7 billion humans on earth. In the next decade, they will connect billions of devices!  According to Gartner, there will be 20 billion of them in 2020 alone. Lets first describe what IoT is all about.

IoT is the network of computing devices embedded in everyday objects that enable them to send and receive data. These devices are extremely diverse, depending on the use cases. For example, in the consumer segment, an Amazons Echo device is a great example.  It takes as input a human voice command such as Alexa, play Hawaiian music! sends it through the Internet to Amazon Cloud, brings back Hawaiian music and plays it from the device. In an industrial setting, an IoT device might be a GE engine that has 2,000 sensors in it sending maintenance data to the back end.

As you can see from these examples, IoT can be viewed as a three-layer cake in laymans terms:

5G will optimize the middle layer with the following capabilities I will explain in detail below:

One of the characteristics of IoT is that the IoT market is highly segmented with a dozen industrial verticals such as Transportation, Oil and Gas, Agriculture, Health Care, Retail, Smart City etc. Some use cases need a lot of network bandwidth whereas others dont.

For instance, an autonomous car in a busy downtown area needs to scan the complex surroundings, such as pedestrians and traffic, at real time and quickly sends back a large amount of data to determine how to make a next move.  However, in the smart parking use case, the smart light bulbs in a parking lot may send back very few sensor data, for example on or off, to the backend computer when the sensors detect a car is approaching the parking area near the light bulbs.

5G is designed with these IoT use cases in mind.  It has so called Network Slicing capability to handle IoT use cases with diverse bandwidth needs. A 5G network operator can offer a bigger slice, i.e. virtual communication pipe, for the high bandwidth autonomous car use case and a smaller slice for the low bandwidth parking lot use case.  Network slicing enables a smart way to virtually segment the physical network for a particular use case, application and business.

The benefit of network slicing allows network operator to efficiently use its physical network asset and increase the ROI. It also allows users to save money without purchasing unnecessary bandwidth.

Many IoT use cases require low latency, i.e. fast response time.  For instance, for an autonomous car or a drone is moving quickly on its path, it will need to constantly and quickly communicate with the backend computer and perform analytics on its surroundings at real time.  Lower latency with 5G is achieved through significant advances in mobile device technology and mobile network architecture.  The 5G network only has 1 millisecond latency whereas the 4G LTE network usually has 20-30 millisecond latency.

5G low latency will allow the user to have a great experience in operating their IoT devices.

IDC estimated there will be 41.6 billion IoT devices by 2025.  This number is about 6 times of the total human population in the world!  To handle the massive amount of traffic generated by IoT devices, the 5G network offers the Massive MIMO (multiple input, multiple output) antennas that have multiple elements to send and receive more data simultaneously.  The benefit is that more IoT devices can simultaneously connect to the 5G network and maintain high capacity.

In the last few years, we have seen the IoT industry makes significant advances. With its ecosystem maturing, we have witnessed pervasive adoption of IoT across many industry verticals. Large enterprises such as Microsoft, Amazon, Google, T-Mobile, AT&T, GE, Boeing and many other top industrial brands are all active in the IoT space. The next mega trend is the massive IoT adoption with billions of devices. 5G networks will enable IoT with faster speed, network slicing, low latency and high capacity. In return, new IoT use cases will continue to be the driving force to propel 5G technology improvements.  We will be witnessing convergence of IoT and 5G technologies.  Across vertical industries, this convergence will bring about innovations and new market opportunities that do not exist today!

Dan Mo currently is an executive director of customer programs at Syniverse Technologies, a global telecom company and former Verizon subsidiary that is specialized in IoT, 5G, Enterprise Messaging and Block Chain. Dan’s experience spans over multiple industries such as Telecom, Retail, Oil and Gas and Information Technologies.  Previously, he served as the Chair of the IoT Group at T-Mobile and led a large-scale, global IoT Program for the transportation industry.  He also worked at Starbucks and Microsoft spearheading large-scale, global technology initiatives. He did strategy consulting work for many Tier 1 consulting firms including McKinsey, Boston Consulting Group and Keystone Strategy and frequently speaks at industry events. In his early career, he held management and technical roles at AT&T, three software startup companies and an oil and gas company. He holds a M.Sc. degree in Artificial Intelligence and an MBA. He can be reached at dan.mo@syniverse.com.

What are the Beesley Lectures?

Steering Clear of Clutter in the Car Dealership Ma...