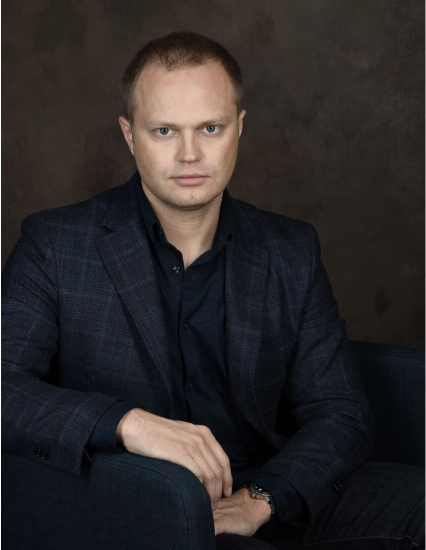 From early applications such as food-delivery to providing information to help rescue flood victims, the role of drones has been evolving from more than just recreational or military use. The next milestone is commercial VTOL, or vertical take-off and landing, unmanned vehicles that will completely change the nature of urban travel over the coming decades.

Why the interest in VTOLs for urban transportation? Traffic congestion in large and growing cities around the world is a significant problem. And it is expected to get worse as more people move into cities in the next few decades.

In many cities today, urban traffic congestion is having a significant impact. Businesses lose revenue as their customers struggle to get to their stores or offices. Workers lose hours of personal time sitting idle in traffic jams on their way to work. And emergency responders are delayed fighting their way through crowded streets.

A recent study measuring congestion in 1,360 cities in 38 countries quantified the financial impact of traffic congestion. Considering the loss of productivity from workers being stuck in their cars, higher road transportation costs, and the fuel burned by vehicles going nowhere, the study estimated that New York City loses $33.7 billion annually. Other cities had similarly staggering loses. For example, Los Angeles loses $19.2 billion per year, and San Francisco loses $10.6 billion per year.

Traditional solutions do not work

Cities are trying to deal with traffic congestion using a variety of approaches. But in most cases, the options are limited.

Widening highways or adding roads is a natural step to ease congestion. That is simply not a solution in many of today’s major urban centers. In highly congested cities like Tokyo and Singapore, it would be very costly to completely overhaul the existing road and rail infrastructure to accommodate rising population sizes. Other major cities face similar hurdles. Upgrading infrastructure is too expensive, takes too long to complete, and in many cases is not practical for all the disruption it will cause. And even without these factors, many densely populated cities do not have the physical space to widen or add streets.

Some cities are trying congesting pricing where tolls vary by time of day and are collected using electronic collection technology. London has instituted such a plan. But other cities have faced obstacles. In New York, there is great resistance from voters to implement congestion pricing in midtown. And many cities do not have the capability to track and bill for such a service.

A different approach to combat urban traffic congestion gaining favor is to use the space near the ground for transportation. Specifically, there is considerable interest in using drones in urban settings.

Currently, the focus is on drones for package delivery. Amazon, UPS, Google and some European delivery services are experimenting with delivery drones. The next logical step would be to use drones to carry people.

Flying machines that carried people have been envisioned since ancient times. Over 6,000 years ago, Indian sacred texts called Vedas mentioned magical flying chariots or vimana that transported people from one place to another.

Today, those flying chariots are close to becoming a reality. In particular, there is a significant amount of work underway to produce VTOL drones. The idea is to transport people using autonomous aerial vehicle (AAV) VTOLs. Such AAVs could be used in many ways. Emergency responders could leapfrog over congested streets to more quickly reach people in need of medical help. Or people could conduct daily routines faster eliminating the time they would usually sit idle in traffic.

With such great potential, the market for VTOL drones is expected to explode in the next few years.

Conditions for the massive expansion of VTOL drone use seem perfectly aligned.

Drones can take advantage of new light-weight materials that are coming to market. And they can be built using the latest advances in manufacturing technology such as additive manufacturing (also known as 3D printing).

Logistically, modular VTOL AAV components could be manufactured in one place, shipped to a dense urban area that lacks manufacturing facilities, and assembled on the spot where the AAVs will be deployed.

Additionally, advances in battery technology and fuel-efficient engines will extend the range of VTOL AAVs. Thus, making this form of transportation practical in large urban settings.

Addressing urban traffic congestion is one of the primary goals of Smart City initiatives already underway in some cities around the world. However, there are regulatory and safety issues that must be addressed before VTOL drones become commonplace.

From a regulatory perspective, today’s air traffic control systems are not designed to manage the airspace where VTOL AAVs drones will operate. Governments will need to address the regulatory issues of using drones in urban settings.

From a safety perspective, if urban drone transportation becomes common, current air traffic control systems will not be able to handle the volume of traffic. Technology innovation may solve this problem. One idea being discussed is to have VTOL AAVs safely move around urban airspace using peer-to-peer communications. Such a solution would need to be highly-scalable to support the anticipated large numbers of VTOL AAVs. And it would need to be secure. To meet these requirements, some companies such as VIMANA are proposing a blockchain-based airspace network.
About the Author

Irdeto: We Make Your Connected World a Safer Place...

How a Proactive Spend Culture Benefits Your Strate...